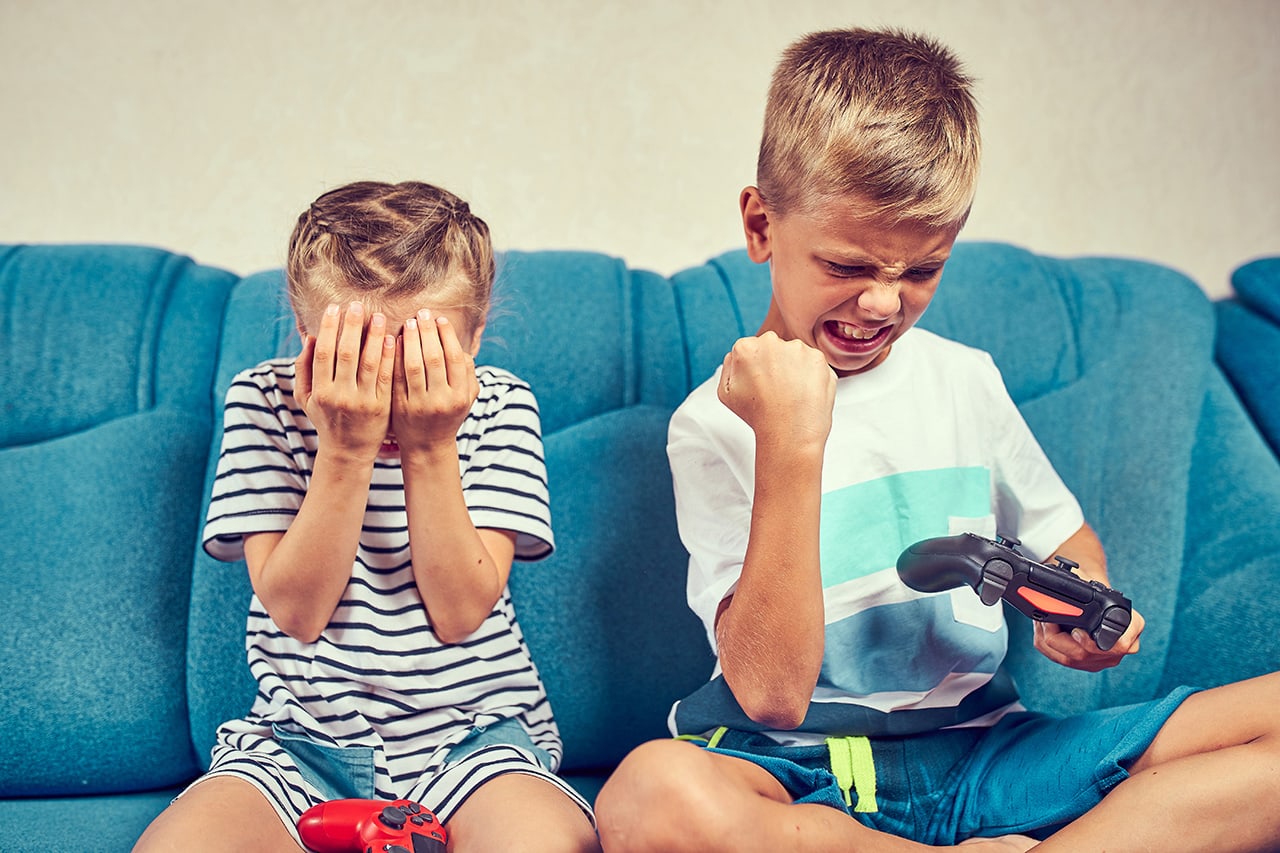 My child is gaming constantly – should I be worried?

Author: Caroline Day   |  Tags: how can you help your child quit gaming, is your child obsessed with computer games, worried about your childs gaming habit

My child is gaming constantly, especially after lockdown: should I be worried?
Maybe, maybe not.  But there are other questions you need to ask yourself first.

I can talk about this from first-hand experience because I was once a child who drove my mother up the wall with activities like French Skipping. Oh, the excitement of getting the elastic out and putting it round the kitchen chairs in the garden [between the kitchen and the Pear Tree] and then adjusting the height to make it even harder! I was really good at it too. Such skill I felt, such ability, I was up there with the top Skippers in my class. And to have a gang who wanted to join in too was even better. Was I popular or what?

And then, like Puff the Magic Dragon, it all faded away… in favour of JACKS. Oh, the excitement of knowing I had a set of those little objects with sticky out things in your hands. And then playing faster and higher. I was really good at it too…. etc. etc.  My poor mother despaired of me. I remember lectures about the waste of time! They made no difference to me. I was strong and I played on, working at upping my skill level….

This is not a new phenomenon; it has always been thus. They were known as ‘crazes’ in my day. But then, we didn’t have somebody working out how to make French Skipping totally compelling and mandatory for our happiness (so that the producers could generate ongoing income). We didn’t have the possibility of climbing the scale of people who did it best, becoming Top of the Leader Board – or not. French Skipping didn’t flash images at me at so great a speed that my ordinary life became boring by comparison. Also, children under 10 tend to lack self-regulation; such an important skill for later life.

Whilst it’s true, even at a young age, that some children will have a propensity for obsessive, repetitive behaviour (not compulsive) and others will get great pleasure from being top, they are still children who, I believe, need to be following your direction.

Which means that if you require them to stop them ‘playing’, they should stop. Because the effect of stopping is pronounced. They won’t like it, but you’re the parent and what you say is what happens next – isn’t it? [Anybody screaming at the screen yet??]

A couple of years ago I took time out to train with the Young Gamblers Educational Trust and they have stories of young people who stopped gaming and found improvement in happiness, sociability and concentration, often after quite a short time. They also have legions of tales how ‘Games’ are designed to hook-in youngsters and the devastation they can cause in a youngster’s life. Gambling often starts with gaming.

But you can’t just walk up to a 10 year old or an 8 year old and say:
‘I say, Cedric, seems to me that you’re gaming a bit much these days. I think you ought to stop.’

And have them answer:
‘By thunder you’re right, Dad. I’ll stop immediately! Let’s have a cup of tea and talk it through.’

No, it needs a campaign of action, a strategic approach.
The first thing to do is decide what the end goal is for your child and how you are going to help them achieve it? It’s so much more effective when parents agree on these two points and complement and back each other up in making it happen. So that’s where we start.
It’s not a question of having a child that needs fixing, it’s a question of asking some really adult questions first and, only when you have the answers, doing whatever it takes.
Because, to coin a phrase, your child’s worth it.

If you are concerned your child is gaming excessively and you’d like to do something about it, please get in touch with me.  I have experience of this and can help.
Message me on 07836 386 735 or email me at carolineday@wellbeingdynamics.com