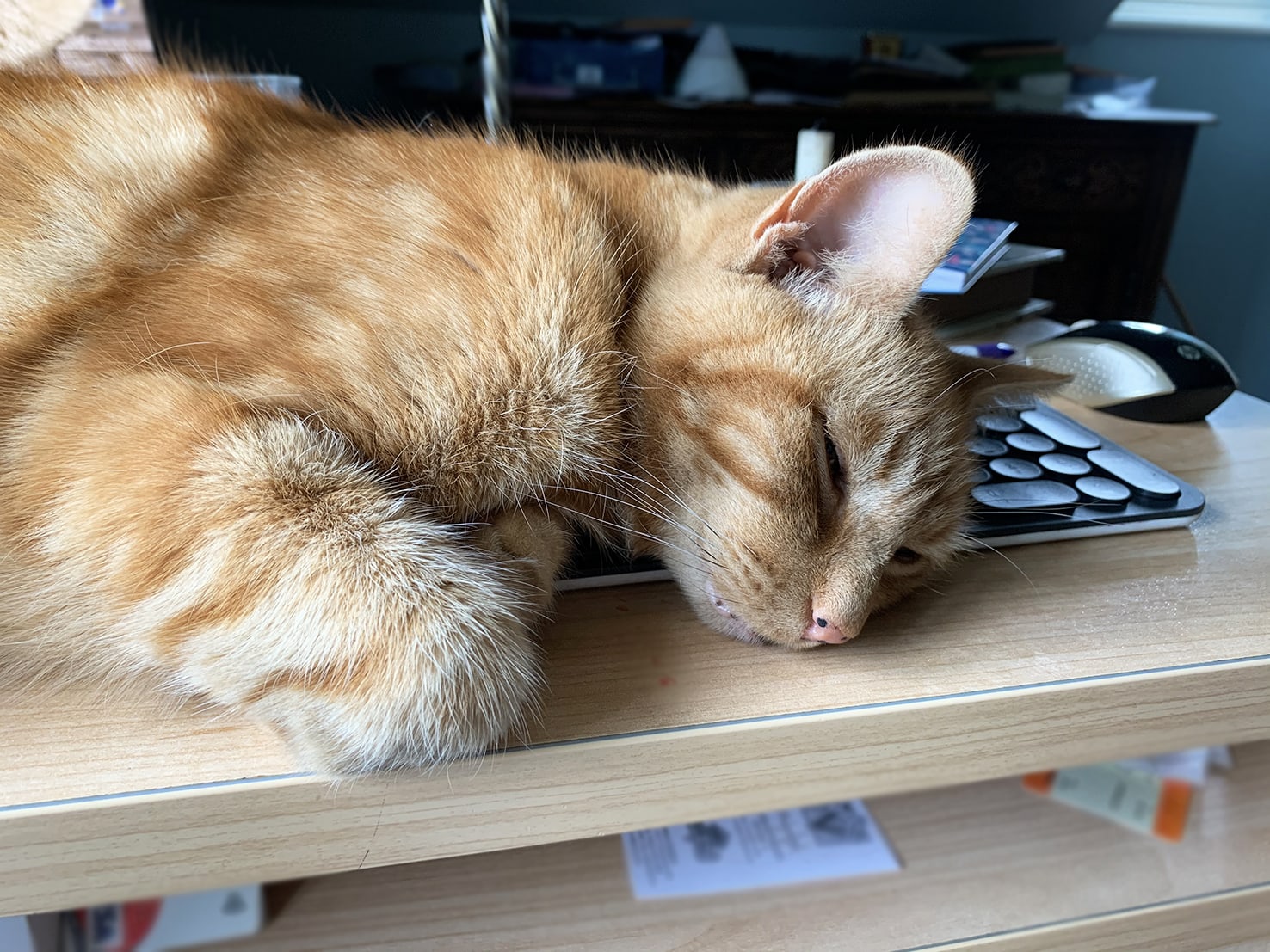 Author: Caroline Day   |  Tags: do cats get stressed?, international cat day, joys of cat ownership, the feline attitude to life, what can we learn from cats

It’s as definite as Rain Stopped Play in cricket and that’s the thing I love about cats. Unlike dogs who merely INTERRUPT you with their charm, playfulness and a ball, cats STOP you in your tracks. Because, show me a cat owner who will interrupt a settled cat having a good nap!

But how does the average domestic cat create a world that gives them everything they need?

Cats are good at having a thought and materialising it fairly instantly. They do that by living in a world of self-importance and ‘me, me, me’ that they know will behave as they want it to. It doesn’t matter how busy you are, if they decide it’s time for food, they will look at you and be appealing until you develop an irresistible urge to give them some. If they decide it’s time for a nap, they will find the most conspicuous place to lay their head; and having once laid it, they will be confident that nothing will interfere with their snooze.

My own cat, Freddie, [above] is a keyboard snoozer. It doesn’t matter how much I need to type, if he’s on the keyboard it’ll have to wait. If I should try to move him – which is nigh on impossible – it’s time for the gardening gloves and a thick coat!

What can we learn?
Cats have a single-minded train of thought and take positive action. They’re not working out what other options are available and whether they can fit them all in. Neither are they working to a timescale – now will do!

I don’t think I’ve ever found a cat who needed to be liked. They’re perfectly content with who they are and the place they’ve found to live. But they create their own reality by using their skills of rapport and determination; and that reality can change according to who they’re with.

I remember watching a documentary about cats where the calmest of cats, who purred and was adorable and grateful by day, became a savage prowler by night. Cats set their own boundaries and will defend them to the end – before returning to do a bit of purring to acquire some food.

What can we learn?
There’s something very freeing about not needing to be liked; indeed, neediness repels people. Persuading people to do what you want them to do while needing to be liked is a contradiction. Setting and maintaining personal boundaries is vital for your mental health. Just chilling out will bring people to you and they’ll stop invading your boundaries too.

CATS ARE REALLY GOOD AT ACCEPTANCE

Have you ever heard someone complain that their cat gets fed down the road? That says something about the fare you’re laying out [8 out of 10 cats who expressed an opinion…]! It’s no good raving to the cat about ingratitude. You’re not doing everything they require, so they will go elsewhere to find it – being careful not to burn their bridges! (Have you ever asked yourself who’s in charge?)

What can we learn?
The key to success is determining what you’re willing to accept and what you can influence. The trouble is that most people, most of the time aren’t going to change so our cat will go ahead and make the right decision for them. This freedom to be who you are, rather than what somebody wants you to be, is hugely liberating. There are consequences of course but if you can live your truth, you’ll be happier and more content.

A cat needs certain things to be done in order to feel good, and everything has a structure. My cat will arrive on the bedside table at 5.00 to remind me that I need to get up and feed him. He also focuses on one thing until it’s done, and then he will focus on the next. He also has a corner for eating and several corners for sleeping. When it’s time to eat, he’ll go to that corner and will sit there until food appears.

What can we learn?
Everything has a structure – eating, sleeping, washing, living. As do Stress and Overwhelm. The structure for overwhelm is pile all your concerns in one heap and worry about everything at the same time. In this present Pandemic, many people are going into overwhelm. So separate things out. Focus on what you need to do for your personal health, and that of your family; and then do it. There are economic challenges in the country and World. Thinking about things one at a time will help you keep things in perspective.

Cats solve most issues by giving themselves the space to do it and by being able to let go when it doesn’t quite work. [Have you ever seen a cat jump awkwardly off a work surface? They recover their posture in super-quick time and pretend it never happened.] And we need to do the same.

Ok we may need to juggle multiple things. Sometimes, the best way to do that is to sit in the corner.